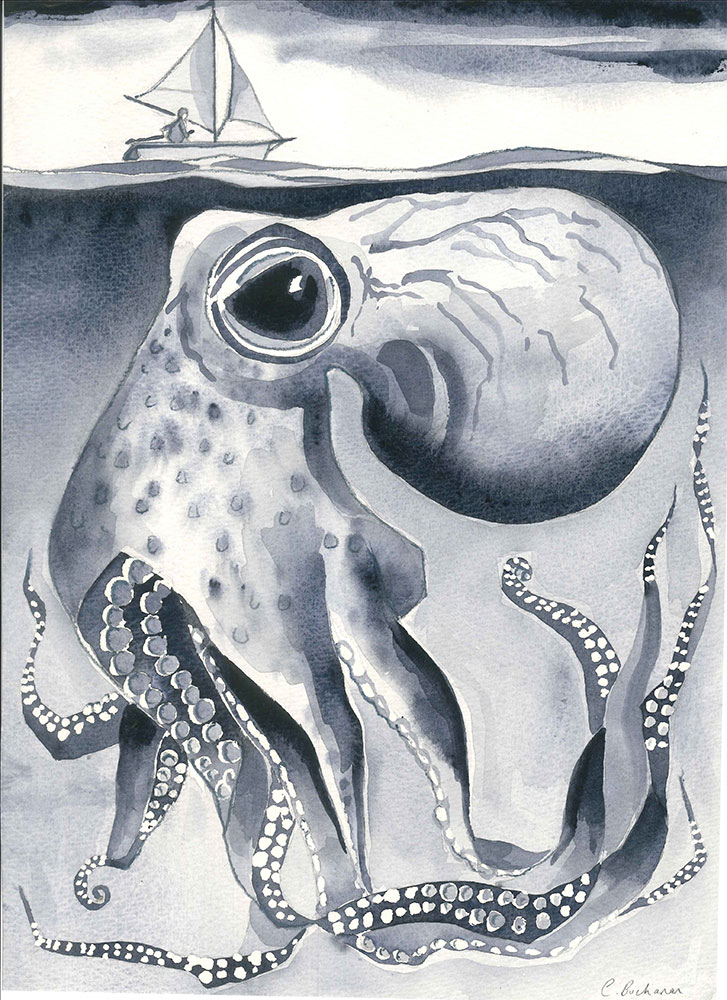 Alfred looked back at the shores of the island from his boat. He wasn’t going to see them again for a long time, if at all. The thought of him never making it back sent shivers down his spine. But then he thought, if he didn’t go at all, he’d die anyway. They all knew what was coming. The Red Terror had already corrupted all the other southern isles and before long the isle of survivors would see the same fate. They all knew it would happen, but Alfred was the only one who was doing anything about it.

Alfred had heard of wizards of the north who could cure awful diseases, just like the Red Terror, but no one from the north particularly liked the people of the south. They thought of the men of the south as peasants, beggars, unworthy to live. But really they were scared of them, thinking if they went anywhere near them they’d catch the Red Terror that had claimed so many innocent lives already. Alfred believed that maybe the wizards would understand, for legends say that their wisdom is unmatched in the race of men.

The water was calm the morning Alfred left, with a gentle breeze behind him. Since then, the wind had picked up and dark clouds loomed menacingly in the sky. A storm was brewing, he could tell. Suddenly, lightning blasted to the top of a tall rock sticking high out of the water, and Alfred realised where he was. Quickly, he grabbed a map out from the boat’s hull. He’d drifted far of course, toward the Sea of Skulls. The tall rock was the edge of the Sea of Skulls, and sailors called the rock ‘Kraken’s Tentacle’. Just then, a huge eye appeared below the surface of the water.