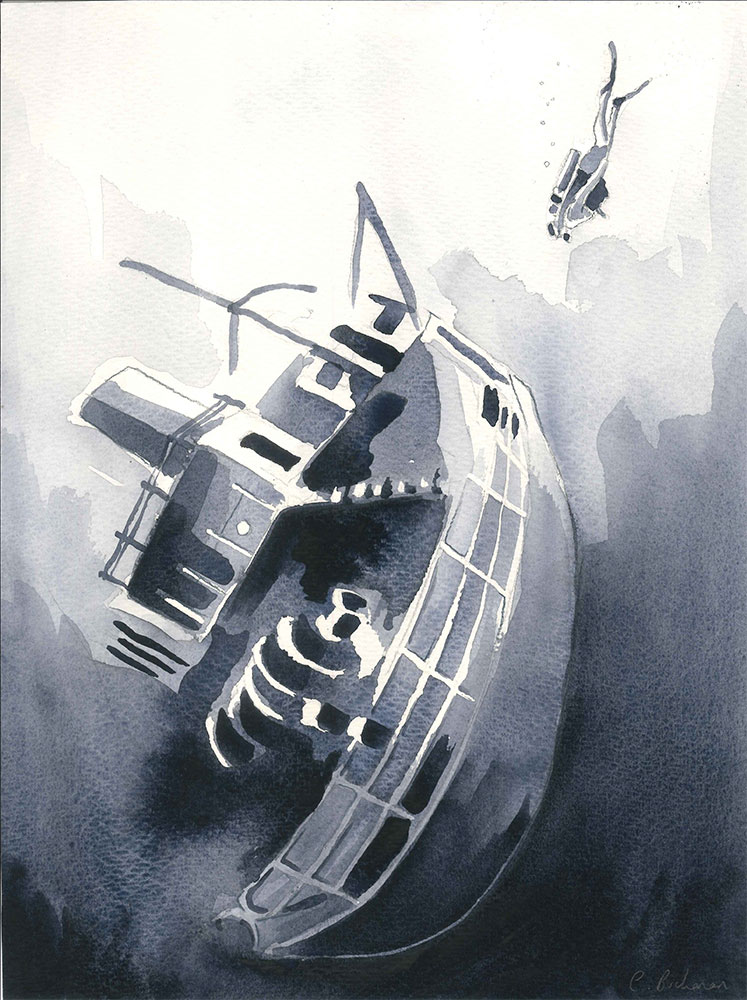 As the silent moon hovered above, Marth leaped off the damp cliff, plunging into the arctic depths below. Time seemed to slow down as he dived into the sea. The freezing liquid iced his pale skin and untidy brown hair. The clear ocean, along with his Scuba gear, allowed him to watch the sights.

Behind a deserted coral reef, sat an old, sunken ship, submerged forever in the darkness. Hovering under the water, a lone octopus seemed interested in it, but he quickly retreated when he spied shadows moving.

Marth felt extremely confused. His air-tank was running low... He started taking faster breaths, but he was determined to explore more. Chancing his life, he glided up to the vessel. The only part left intact was the windows. Slowly pushing a latch aside he nudged a porthole open. His mind was racing.

“How come I couldn’t see this on the surface?” He wondered.

Inside, he plunged to the floor. The water was heavier somehow, not allowing him to breathe clearly. Confused, he stood up and surveyed his surroundings. There was a dusty chair, along with a dead, drooping flower. In front of it was a sandy steering wheel. Worst of all was the pile of bones lying silent on the floor.

Marth suspected that the captain had passed away decades ago. But how?

A black blur suddenly stopped him. He had forgotten about his air-tank. He felt himself start to black out, and after that? The last thing he saw was the aqua of the ocean above him, as he floated up into nothingness.