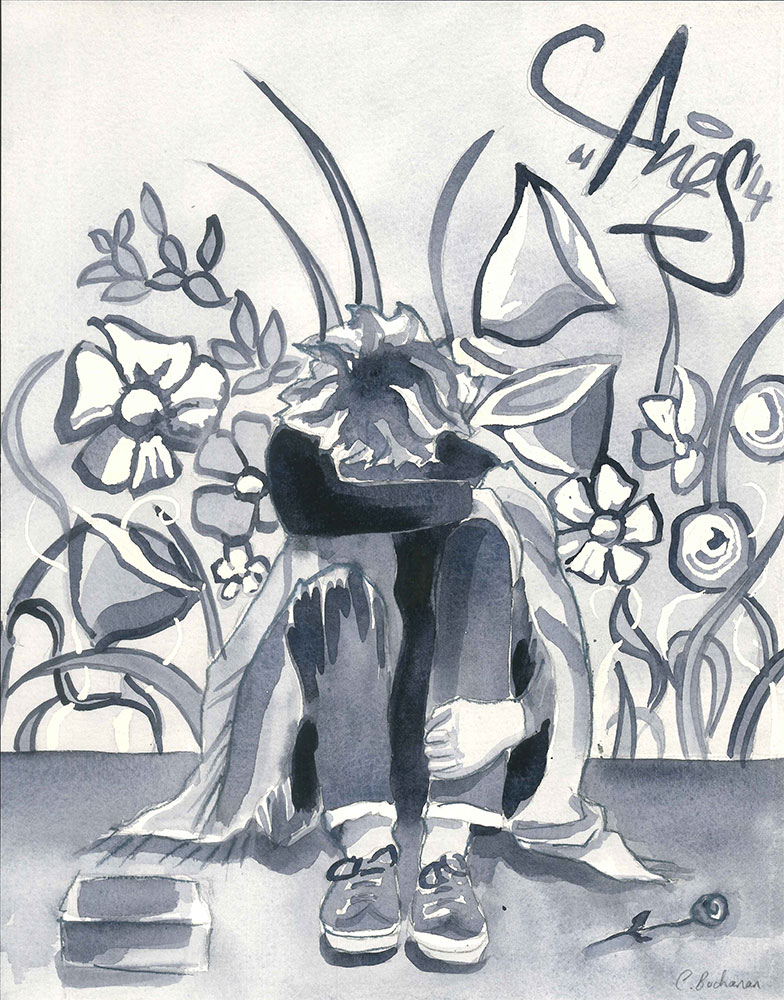 She shut her eyes and blocked out her vulgar surroundings of harsh city sounds and bitter cold. She prayed that if she believed enough, she could transport herself elsewhere - away from the penetrating chill seeping through her skin and bleeding into the marrow of her bones. Slowly she began to feel a faint warmth caressing her skin and, hesitantly, she opened her eyes. Endless rolling hills stood before her, carpeted in thick green grass, laced occasionally with wild flowers, whose bright colours strikingly juxtaposed the deep emerald blades. She could hear the bubbling melody of a stream nearby and the faint patter of a fish’s tail emerging from the water in its efforts to swim against the current. She waltzed through the tall grassed field, gently brushing her hands across the petaled plants and dry prickly ferns, as if to greet them. She looked up to the sky, and marveled at the divergent clouds which formed infinite shapes. The sun kissed her face and attempted to replace the wintry shadow that followed her. Her lips slowly parted in a wide grin when she heard the calling of a bird far in the tree lining. The sorrowful tune transported her deeper into her mirage, as a feeling of euphoria washed over her. The tranquil breeze which enveloped her, matured into a brazen and unstoppable rush of fresh air, galloping swiftly like a wild stallion through each and every stalk, leaving none untouched by its icy breath. She giggled to herself at the absurdity of her illusion, knowing full well that it was the furthest thing from her reality. But still she relished in the calm, fighting to stay longer in her illusion, just like the little fish, until the spell of her flowing creations were shattered by the horn of a car.