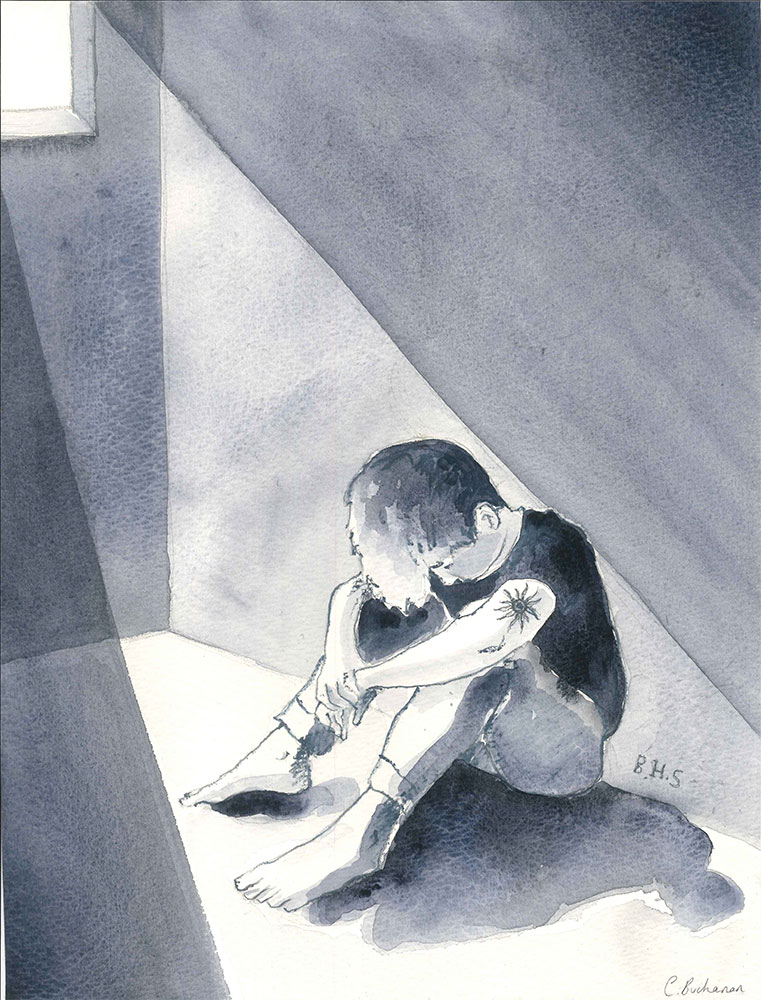 In the corner of the room, he sat there picking away at the walls. The room was empty apart from a metal toilet and a bed. One side of the room, a door sat embedded into the wall. There was a small window on the south side of the cell, this still failed to let much sunlight in. Like a glass pond, the room was silent and exerted no physical movement. The walls were bare except for the occasional splatter of blood or vomit. The door was large, metal and only had a tiny hole so you could pass through food and drink.

Lifeless, the boy laid on the cold concrete floor. He was tall and of a decent stature, he had no physical illnesses and looked healthy. He gazed up at the ceiling and admired all the scriptures that had been left there. As he was looking at it one, in particular, caught his eye. The scripture read “Nirvana.” He didn’t know what this meant. He carried on looking at the engravings and a couple more caught his eye. Next, “Oasis” then “Soundgarden”.

There was a sudden knock on the door. Curious, the boy got up off his back and cautiously walked over to the large metal door. There was a girl standing on the other side and peering into the cell. The girl passed through a small device. Confused, he took the device. He clicked the buttons and music started playing. He looked at the artists and they were the same as the words written on the roof. “Nirvana”, “Oasis” and “Soundgarden”. These songs at first were just entertainment, but then they grew into more than that. The boy cherished them and found peace and calmness within them. This was his only way of escaping what he had done.